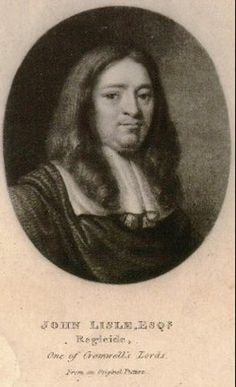 Claudia's 9-times-great grandparents Lord John LISLE (1609-1664) and Lady Alice BECONSAW (1617-1685) are both notorious in their own right.  Both had aristocratic beginnings, but risked it all when they aligned themselves with Cromwell and the anti-royalists, as well as the religious non-conformists.  For more intrigue about these 2 ancestors, read my blog stories  about  Lord John Lisle's regicide  and Lady's Alice Beconsaw Lisle's beheading.  Their daughter Margaret LISLE (1643-1686) also married a non-conformist Robert WHITAKER (1637-1683).

Here is Claudia's maternal pedigree leading back to this LISLE and BECONSAW couple:
​Much is already posted online about Lord John's paternal LISLE ancestors, and even more about his maternal HUNGERFORD ancestors.  But not everyone agrees on the details!
LISLE
​
Continuing the above male LISLE line:
"The Complete Peerage" series of books published in the late 1800s lists several different Lisle peerages, including one in the Isle of Wight.  But these editions do not list my 9th great grandfather Lord John Lisle (1609-1664).  In a later edition of The Complete Peerage, volume 4, 1916, buried in an Appendix G relating to ‘The Protectorate House of Lords, commonly known as Cromwell’s “Other House,” 1657-1659’, our John is listed on page 622 as John Lisle, Regicide, of Moyles Court, Ellingham, Southants, son and heir of Sir William Lisle of Wootton, Isle of Wight, by Bridge, daughter of Sir John Hungerford of Down Ampney, Gloucester; b. 1609 … and otherwise provides information on his lifetime and not his ancestors.  No title is referenced.

​Other sources claim to have traced this LISLE lineage back even further to about 1170 when they were known as “de Insula”  The surname “LISLE” doesn't appear to have been used until sometime in the 1400s.
​ 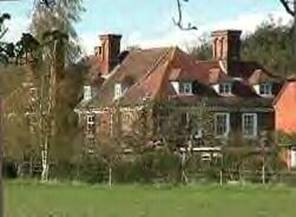 Alice Beconsaw's line has been tentatively traced back further thanks to online  peerage sources:
Perhaps this early "Beconsaw" location is in the Leyland area of Lancashire?
Might it refer to  “Hesketh-with-Becconsall” which is to the north-west of Leyland where the rivers Ribble and Douglas branch?
Reference: 'Hesketh-with-Becconsall', in A History of the County of Lancaster: Volume 6, ed. William Farrer and J Brownbill (London, 1911), pp. 111-114. British History Online http://www.british-history.ac.uk/vch/lancs/vol6/pp111-114

According the Burke's "Genealogical and Heraldic History of the Landed Gentry", volume 1, page 122 [google books], the BOND family pedigree was recorded at the Heralds’ Visitation of Dorset in 1623. “The Bonds of the Isle of Purbeck spring from a branch which settled at Hache Beauchamp, in Somersetshire, where John le Bonnd was living in the 1st year of King Edward III, 1827. ... their first connection with Purbeck arose from a marriage of Robert Bond, of Hache Beauchamp, in 1431?, 9th Henry VI, with a dau and heiress of ____ Lutton, of Lutton, in the parish of Steeple ...”
Another edition of this book [archive.org] lists similar information on page 159.

Edith BOND's parents William and Anne were married in Blackmanston, Dorset in 1577:

​Spelling variations for this surname include Whitaker, Whittaker, Whiteaker, Whitacre ...

My reported 8th great grandfather Robert Whitaker (1637-1683) who married Margaret Lisle (1643-1686), daughter of Lord John Lisle, is reported to be Robert Whitaker (Sr).  I have not confirmed this nor have I pushed the Whitaker like back further.

But I have been unable to find the parish source for this christening online, so haven't verified this.

And according to the will for Jeremia or Jeremy Whitaker probated 16 Feb 1719 [sic*], his last residence was Charleton Marshall, Dorset, England.  "All my children" were mentioned en masse but not named in his will, nor were his parents.  But his wife Anne, father-in-law Mr John Haskell and his brother Mr James Whitaker are named.

* Converting this date to the new calendar, the will was probably probated 16 Feb 1720, which makes more sense if he wasn't buried until 12 Aug 1719!  From the images of the will, it was signed 7 Aug 1719 during his final days.  I have tried to read the probate summary at the end but it is in Latin (which I can’t read).  Although I can't confirm the complete date,  the word “ffebruary” is clearly recognizable.  Others report that his will was probated 17 Feb 1720.

Unfortunately there are other Jeremiah Whitakers around the same age (different parents and places) that makes this lineage uncertain.  The important question here is: Which Jeremiah moved to Dorset and married Anne Huskill or Haskell?  I haven't yet been able to trace with certainty that particular Jeremiah back to Hampshire roots.

​Also check out our blog for COMPTON-related stories.